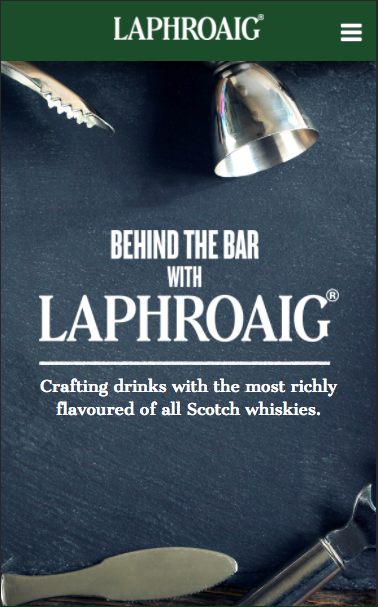 The idea was to build a single page microsite to promote Laphroaig® 10 year and Laphroaig® Select.

To promote Laphroaig® we built a Flavor Wheel designed to help bar tenders mix great cocktails using Laphroaig® and pair those cocktails with delicious food. The Flavor Wheel lets a bar tender spin the wheel to quickly find a flavor. When they click on a flavor the site loads a featured cocktail along with a food pairing suggestion. It also shows a few more cocktail options right below the featured cocktail and food pairing section to get the bar tender’s creative juices going.

The animation was written using a jQuery plugin that I wrote called premiseScroll.

This site uses Akismet to reduce spam. Learn how your comment data is processed.